On May 21, the “Lange Nacht der Wissenschaften” (Long Night of Science) provided thrilling insights into universities and companies in the greater Nuremberg area. For the tenth time, the HPC team was part of an event that offers a huge spectrum of opportunities for reaching out to the general public, explaining how their tax money is put to use for advancing computational science. After a great success in 2019 it was decided to launch a retake of the “HPC Village”: Teaming up with several high-profile customers, the technology and the exciting applications of supercomputers were showcased.

The interest was overwhelming, so the scientists at the various booths had their hands full with explaining top-notch science in layman’s terms. Overall: time and effort well spent. 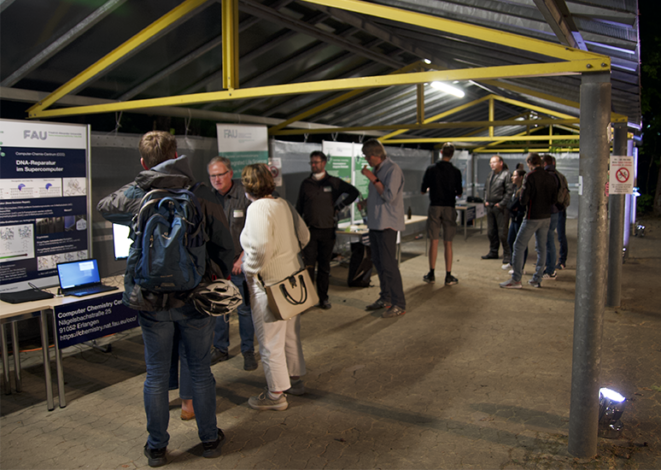 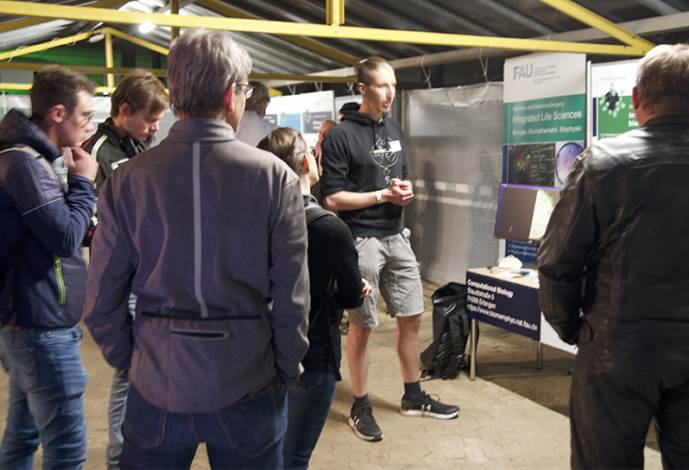 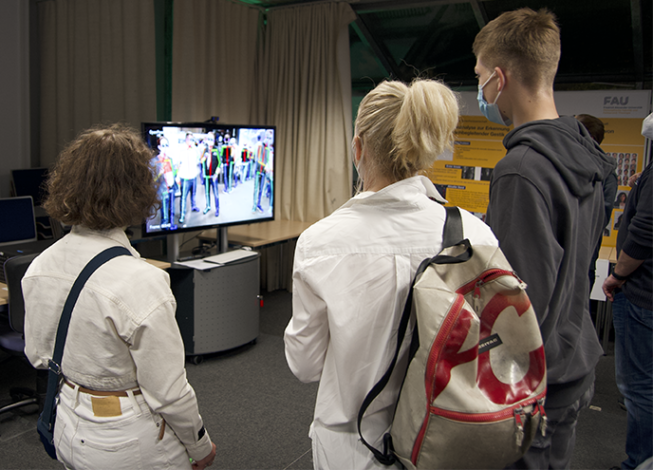 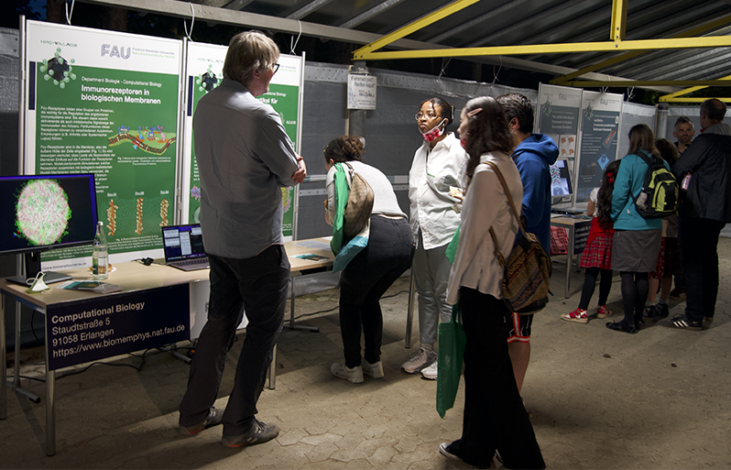 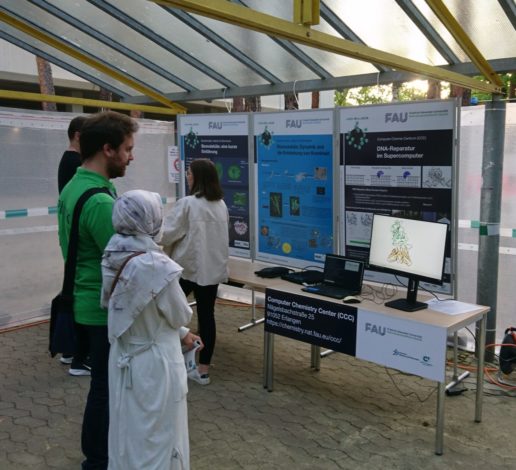 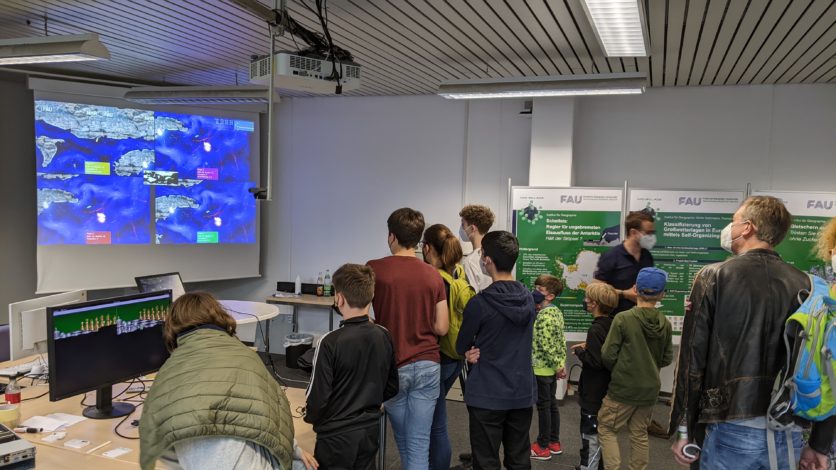 Parallel raytracing and chasing submarines through a fluid simulation 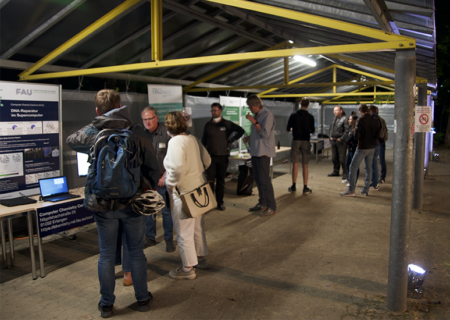 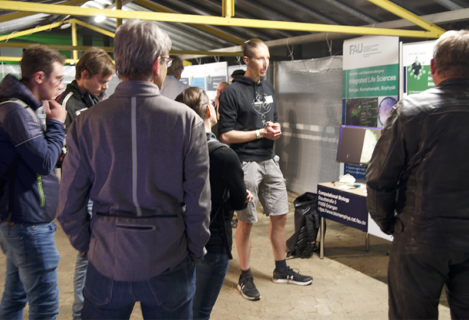 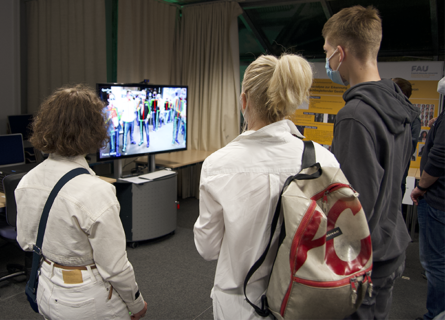 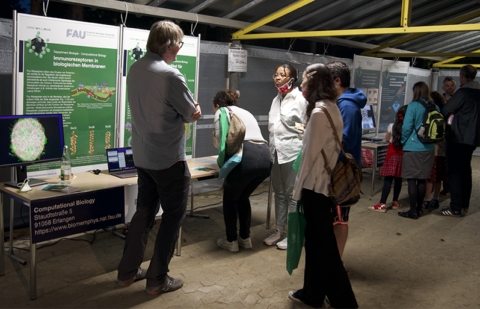 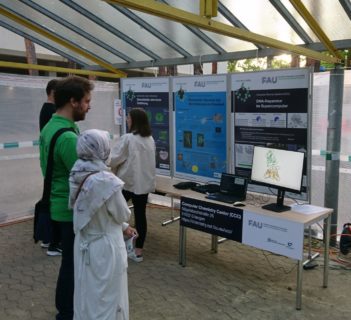 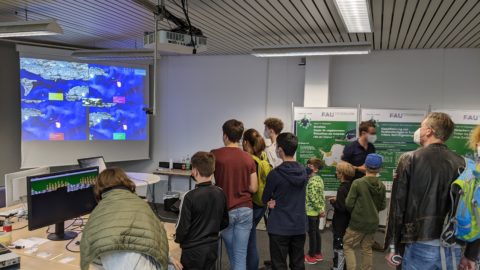